Image: This graph depicts responses to the CGAP survey question regarding Board member-community match.

Nonprofit boards exist to ensure organizational viability.  Board members help guide organizations in fundraising, financial management, program strategy, and more.   But does the composition of the Board matter?  That answer is “yes.” There is evidence that Boards that better represent the communities they serve are more likely to take part in constituent engagement and advocacy.

The Building Movement Project was inspired by LeRoux’s research and crafted a survey question on Board member-community match in both the Common Good Action Project (CGAP) and Race to Lead research on the nonprofit racial leadership gap.  On April 17th the Building Movement Project hosted a webinar on transforming Board membership as part of the Tools to Engage webinar series.  Participants were New Mexico’s  Connie Chavez,  from the Barrett Foundation, and Leah Steimel, a local consultant. The Barrett Foundation participated in CGAP, an initiative to bring together small cohorts of organizations to learn from one another, exchange resources, and think collectively about how to advance the common good for all New Mexicans.  At the beginning of the CGAP process, all cohort members—and their stakeholders—take an organizational survey that includes a question about demographic match/mismatch between the Board and clients.

Connie Chavez noted that the “survey results were the catalyst for the Board to clearly understand and embrace the need for change.” The Barrett Foundation works to end homelessness for women and children by providing shelter, housing, and supportive services.  The board was, as Connie described a “traditional” nonprofit fundraising Board.  Members had high status and wealth but no connection to homelessness.  In addition, the Board’s racial and social class composition did not match that of the community.  After participating in CGAP and hearing feedback from survey participants, Barrett Foundation’s leadership knew they had to make a change.  First, the Board held quarterly dinners with shelter residents to better understand their stories. Next, they began to explore the Board’s composition.  Prior to this experience, shelter residents were not allowed to volunteer with the organization and that rule precluded Board service.   The Barrett Foundation revised this policy and has now elected its first program participant to the Board and hopes to recruit others soon.   Connie anticipates positive outcomes from this more representative Board, including responsive programming and outreach.

The nonprofit sector should redefine the role of the Board. It’s not just about raising funds but driving the organization’s strategy. Part of that strategy should include making meaningful change to the systems underlying constituents’ challenges. Boards can be more effective at this work when membership is more representative.

The Building Movement Project (BMP) conducted the Nonprofits, Leadership, and Race survey in 2016. Over 4,300 respondents answered questions about their current nonprofit role, interest in leading a nonprofit, training/supports, challenges, views of leadership, and personal background. They were also asked about their views on race and the nonprofit sector. Almost half of staff respondents (46% of whites and 52% of people of color) believe their organizations do not pay enough attention to diversity when recruiting Board members.

The Race to Lead CEO Report will be released this winter and will further explore diversity and Board membership.   Learn more about Race to Lead here.

Poverty & the Pandemic: How Service Providers Can Build Community Power 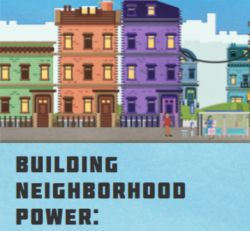 Webinar Recap: Census, the Citizenship Question, and the Community and Organizational Response 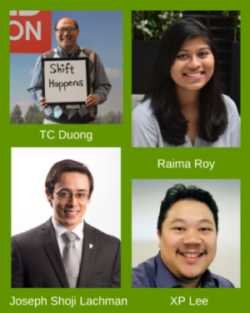