California’s Race to Lead: The Nonprofit Racial Leadership Gap in the Golden State can be found at www.racetolead.org/ca!

Learn more about the survey’s findings and our recommendations by downloading and sharing the full report and executive summary. 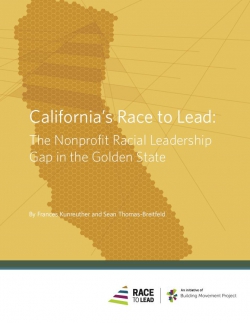