I went with trepidation. It was the second convening of Wise Fools – convened by Ginny McGinn at the Center for Whole Communities and Akaya Windwood from the Rockwood Leadership Institute.  The first time we met was last summer in Vermont. I hadn’t hesitated to accept the invitation when Akaya called. But as I drove far away from city life, I was a little nervous. Most of the other participants were strangers to me. They were artists, trackers, ecologists, and biologists.  There were trainers on transformational leadership and spirituality, supporters of communities, and connectors to the earth.  Those few days are a little bit of a blur: throwing out of an agenda, singing by the campfire, making things (spoons, forts, bread), and connecting with the natural world. We walked from our tents to our gathering spaces, passing sheep and seeing expansive views of the mountains.  But I struggled with the lack of structure/purpose, and found it hard to connect to people I didn’t know without a frame.  And I kept asking, how does this support our work?

Now it was take two, the same people but fewer given our schedules. We were on the west coast by the powerful ocean, all staying in a cozy house. There was still no agenda and little structure, but it felt different. I began to see some of the connections between us by learning about what others were thinking and feeling.  Each person’s history was unfolding just a little bit more. I was struck by stories of real community accountability, groups refusing funding that did not fit their values, and a Brooklyn-based women’s cross-country performance tour that refused to damage the earth. When I left, I knew more about people and the possibilities for change.

In the leadership field, we talk a lot about our networks and relationships. It has a purpose: we want to go to scale, we want to win, we want there to be real change that gives power to the people who have it least. And I have a strong belief in how these ‘outcomes’ are accomplished. It may be we need more Wise Fools, who can sit in spaces that are blurry and a little uncomfortable – that allow us to rub up against ways to see and think differently – and  will take us to down a different path that open us up to create the new. 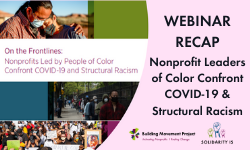 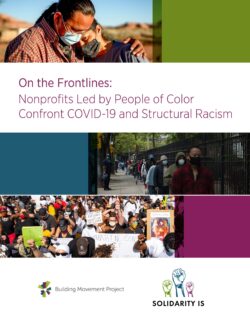