I recently attended the biennial conference of the Grassroots Institute for Fundraising Training (GIFT). This year, GIFT held the Money for our Movements conference in Baltimore, and more than 500 social justice fundraisers and organizers came together to learn, connect and take action. One of the highlights of this conference is always the debate they have, and this time I had the honor of serving as the moderator while two teams debated whether nonprofit Boards of Directors should be recognized “as a historic relic and be dissolved.”

Our friend Kim Klein got the debate started a few weeks ago with her “Dear Kim” column, but other people in our sector have also been raising questions about boards. Last month, Nonprofit Quarterly posted “12 Reasons Why You Should Gracefully Resign from a Nonprofit Board.” Their list included a lot of the bad behavior that often makes nonprofit staff wish boards were abolished, like this gem: “12. You intervene/interfere … falsely asserting rank.” Even Eugene Fram – who wrote the book on how the “corporate model” makes boards more efficient – recently asked “Is Excessive Deference Shown to Nonprofit Boards?” because of his concern over the “unhealthy power equilibrium” between boards and staff.

During the debate at the GIFT conference, the two teams presented their arguments and rebuttals, trying to convince the crowd of their position on the resolution about dissolving boards, and instead letting paid staff take over “fiduciary responsibilities for nonprofits.” On the ‘affirmative’ side, Brigette Rouson and Mike Roque warned that too often boards aren’t up to the challenge of the huge responsibility they are given. On the ‘negative’ side, Trish Tchume and Tova Perlmutter told the crowd that boards are an expression of our democratic values and important to maintain for the purposes of accountability to the communities we work with.

The debate really didn’t have a winning or losing team because both sides were right. Volunteer board members often don’t have the knowledge about budgets and management that they’re often asked to weigh in on. In our 5% Shifts Series, we profiled an organization that created a “Client Advisory Board” to nurture the leadership of their program participants. Client or ‘consumer’ boards have become common, especially in mental health organizations, and grassroots groups realize that supporting board members can be a demanding process. Members need to be recruited and trained, and sometimes need support to remain motivated to meet their goals and obligations. Sometimes, those demands don’t seem worth it, but I still agree with Trish and Tova that the solution shouldn’t be to abolish the board structure entirely. Instead organizations need the tools and supports to help community leaders meet their commitments and obligations as board members.

For every story of the rogue board that’s undermining staff and meddling in organizational decisions they don’t understand, there are also examples that show the board structure can work. If board members are ensuring that organizations are connected and accountable to their communities, then they are worth the headache. 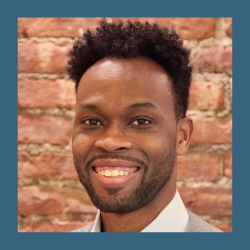