The Building Movement Project started exploring generational differences using a race-based lens twenty years ago. The emphasis on race has also been our primary lens for examining organizations and the sector since we launched the Race to Lead survey five years ago. Recently, I have been thinking back to our earlier work on generational dynamics. I keep hearing from people who are describing tensions between the generations of workers in nonprofits, particularly in organizations where a majority of the staff and leadership are people of color.

The Working Across Generations book was released in 2008, almost five years before I joined BMP as Co-Director. When I read the book as a twenty-something, aspiring (at the time) leader of color, one of the sections that I underlined, highlighted, and dog-eared described the contrasting experiences of people of color depending on whether they worked in “predominantly white” or in “race-based” nonprofits. It was like a precursor to our analysis of staff experience in “white-run” vs. “POC-led” groups in last year’s Race to Lead Revisited report. But lately, a different insight from the book has been at the top of my mind. Sometimes generational characteristics are part of the lifecycle, that is, as you age your experience in life and work changes. Other dynamics are particular to your generation, such as the protest movements of the 1960s and 1970s as a touchstone for baby boomers or the significance of Black Lives Matter for millennials.

Last winter, I facilitated focus groups around the country with people of color to follow up on the data insights from the 2019 Race to Lead Survey. I was struck by the stories of generational tensions that I heard from both younger staff and leaders from my generation and older. Often, the tensions seemed to be rooted in where people are in the cycles of their life and career. In a focus group with Executive Directors of color in Memphis, one ED said that younger people of color in the nonprofit sector want older leaders to “pass the baton” without recognizing that in many cases, those leaders had to work longer and harder – often for decades – to get the proverbial baton of leadership. Just as older leaders are settling into positions of power they are being asked to step aside. The explanation from another ED from Generation X that “I was one of those people that were like ‘these old people won’t let me do …’ until I became an ‘old people’” really highlights how some generational tensions are rooted in where people are in the cycles of their life and career.

Even though these tensions were talked about as being about differences between the generations, I think the frustrations expressed by millennials of color were simultaneously about age and seniority in organizational hierarchies. For instance, some millennials of color described older people of color as complicit in maintaining or providing cover for organizational practices that younger staff viewed as problematic or oppressive. In a focus group with millennials of color in Memphis, one participant who worked for a white-led organization described how they have received support from older leaders of color, saying “If they know you’re the type of person to keep disrupting spaces, they will help you.” Disruption strikes me as a word that holds a special meaning for younger people who grew up during the tech/digital revolution of the 2000s when Silicon Valley gurus talked endlessly about “disruptive innovation.” In the last decade, “disruptive” was increasingly used to describe movement strategies, and to defend and validate protest tactics in several think-pieces in progressive news outlets.

The leap of “disruption” from the lexicon of the tech industry over to social movements and the nonprofit sector reminds me of the early-aughts buzzword of “entrepreneurship” that Frances and her co-authors wrote about in Working Across Generations. In 2008, they wrote that older nonprofit leaders and young social entrepreneurs didn’t speak the same language or have the same frame of reference: for older leaders “movement building evokes demonstrations on the streets,” but for social entrepreneurs “building a movement brings up images of branding, capitalization, and return on investment.” I find it inspiring that younger leaders have returned to a more activist and grounded understanding of movements and movement building than many of my peers had a decade ago, and they’re bringing that critical lens, forged in movement activism, into nonprofit institutions.

But while the vocabulary of “safe spaces,” “wokeness,” and “white dominant culture” are natural for many millennials, those terms may trip up older leaders. A few months ago, a leader of color around my age told me “we’re in such an interesting generational moment in this sector; everyone I speak to who is over 35 is completely perplexed and befuddled because they’re accused of being a white supremacist in their workplace.” The perception that this “accusation” is being leveled against every leader – including EDs/CEOs of color – could be due to a lot of nonprofit workplaces that younger staff are bristling against, but it also reflects the ubiquity and continued relevance of the list of “characteristics of white supremacy culture” that was originally published back in 2001 by the late Kenneth Jones and Tema Okun, a white anti-racist trainer who has been working in the field for over three decades.

The fact that critical frames developed by an older generation are finding new resonance and relevance with a younger generation should be a point of hope. But I also know that the frustrations within organizations and movements are real, whether they are about fundamental characteristics that typify the different generations or about where people are in their careers. It’s going to take a lot of reflection, listening and discussion to understand how age, positionality and the increased racial consciousness in our sector interact within nonprofit workplaces and our sector.

If you have experiences, thoughts or just opinions on generational dynamics and how they are playing out within nonprofits, particularly movement building groups or organizations where the majority of staff and leaders are Black, Indigenous and people of color, let us know by filling out this survey. BMP will be doing interviews on this topic over the coming months and exploring what kind of research directions may be possible. 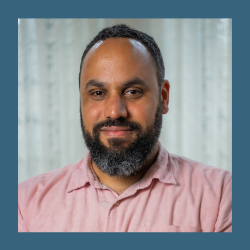