Key Readings
At Building Movement Project, we’ve come across a few pieces over the years that have been particularly helpful in our own study of movement building.  Some of these are from folks we’ve worked with in the past, and others are things we’ve picked up along the way.  These are especially helpful for those investigating the role of the nonprofit sector in building social movements.

Making Change: How Social Movements Work and How to Support Them (Manuel Pastor and Rhonda Ortiz)

Social Movements and Policy Implementation: The Mississippi Civil Rights Movement and the War on Poverty, 1965 to 1971 (Kenneth T. Andrews)

For Further Study
These longer texts provide a more in depth study of social movements and movement building.

Other Resources
Other things we think might be useful if you are thinking about integrating movement building practices into your work.

Research for Organizing: a Toolkit For Participatory Action Research from the Community Development Project 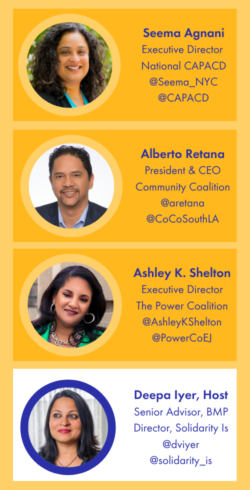 One thought on “Key Readings and Other Resources on Movement Building”